Real Stories Are Data, too! 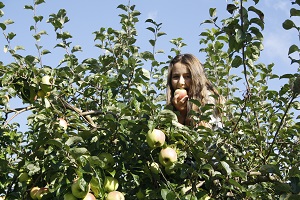 Much nutrition research is based on reports on subjective experience. When subjective and memorized data are collected and turned into statistics, it is called research.

But when individual succesful stories about healing by the help of diet are told in public, they get scorned and ridiculed.
Why is that so?

Communicated as numbers in a bar chart, it is received unquestioned and almost in awe. We cheer and clap: “new research shows that…..!” and we take the results in as unquestionable facts.

When told in a normal language, like in a documentary, many doctors, debaters and parents receive them with ridicule, disrespect and even anger.

Research is not always objective
I am aware, that research is a question of statistics.
But when it comes to research in nutrition, the basic material collected to make these statistics typically consists of subjective reports. Not objective observations or measurements.
One of the reasons researchers most often have to stick to participant´s subjective reporting, is that it is problematic to experiment with human´s health in a laboratory over a long period of time. If you presume that some food is health damaging, how can you defend making partipants eat it? That´s one of the reasons it is difficult to make trustworthy, randomized, controlled trials for humans in the nutrition category.

Much research is based on subjective reporting
This means that they are based on participant´s fluffy memory, plus their own “improvement”:  we typically report that we only had 1 piece of cake, although we had 3.  This kind of twisted memory is often the basic material, nutrition researchers use, As they call these collected, report research, it is received with respect.

This certainly doesn´t apply to case stories. They are rejected with the comment “they are anecdotes” by media, conventional doctors and the big, powerful
patient´s organisations.

Curious? Not really.
Questions like
“Oh, how interesting! What did you eat?
What did you avoid?
Did you do something else than just changing diet?
How long did it take? What changed?
Do you think others could do something similar?” – are not asked.

Not even by curious journalists.
– Strange, as their number one task they learned on the journalist training course was to wonder.

Not by curious researchers.
– Strange, as the number one task for a real researcher is to ask questions and not take anything for granted.

And not by the big mainstream patient´s organisations.
– Strange, as some of their members could maybe get inspired to try out a harmless intervention
– Even more strange, as these organisations facilitates groups of members, in which they can share problems, support and experiences from their real experiences as patients. Such groups can do the whole difference for someone chronically or temporarily ill.

In stead they are busy telling off, and scornfully laughing at successful healing stories told by people. People, who just wanted to pass on their positive experience. Maybe they just hoped that some fellow sufferer could be inspired to find out, if the same kind of intervention would be relevant for him or her. Just to be kind. Just to help ease somebody else´s way to find relief.

Where I live – in tiny and relaxed Denmark  – there is simply not any room for exchange in the public debate, when it comes to healing stories, especially not stories about people with behavoral disorders. There is room for one single opinion: that nutrition and environmental influence hasn´t got anything to do with behavoral or mental illness. Period.

Where did all that anger come from?
Why so much anger and rage is being spitted out because someone´s son or daughter has come out of a diagnosis in a natural way, is a complete mystery to me.
Why not be happy for people when their positive stories are told? Do the media and the doctors believe that they are made up? That thousands of parents are telling the same story just for the fun of it? Of course every person´s story is subjective.
But, as mentioned, the same applies to much of the material from nutrition research, so what´s the problem?
It seems as if stories from real life experience don´t count, because they are told in words that anyone can understand and not turned into a bar chart or a graph.

I simply cannot grasp, why anyone can feel offended to hear about children´s or adult´s recovery by a harmless change of diet.

There are probably a whole bunch of reasons why one can get behavoral and mental disorders. And guess what: one of them can be GAPS! In case this is the reason, your son or daughter has diagnoses, you will not need to give up – because then you can actually try and do something about it. Try. Maybe it will make sense – maybe not. It´s your business, what you choose, and nobody else´s.

Hunter´s Story
Watch this story told by 10 year old Hunter. He tells about how it felt to be autistic. Something he has laid behind him, as he completed the GAPS protocol. He got detoxed, he got mended his leaky gut and he got a beneficial gut flora.
For him it worked. Who want´s to tell this lovely boy off because he recovered? Anyone?

Please enlighten me
Can someone tell me why his parents should be scorned and ridiculed in public, because they used food as medicine which turned out helped him get rid of his symptoms? They didn´t know beforehand, that it would. It just turned out, that it did. 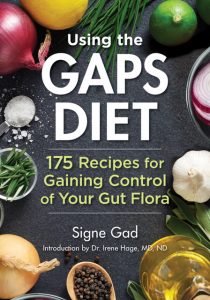